David McDonald is a Melbourne based writer who works for an international welfare organisation. When not on a computer or reading a book, he divides his time between helping run a local cricket club and working on his debut novel. In 2013 he won the Ditmar Award for Best New Talent, and in 2014 won the William J. Atheling Jr. Award for Criticism or Review. His short fiction has appeared in anthologies such as “The Lone Ranger Chronicles” from Moonstone Books and “Epilogue” from Fablecroft Publishing. David is a member of the Australian Horror Writers Association, The International Association of Media Tie-In Writers, and of the Melbourne based writers group, SuperNOVA

1. You’re currently revising the first draft of a fantasy novel – can you tell us about it, and what we can look forward to? Or what short stories do you have being published in the near future?

Haha accountability! The reality is that the fantasy novel is still at the first draft stage. I like to think that I have grown as a writer, and a person, and as part of that I have realised that a lot of the stuff in that novel is quite derivative, and there are also some aspects that I realise are rather problematic. I still think it is a novel worth writing, but it needs a lot of work and I have been focussed on other things. If I had to describe it I would call it urban fantasy noir – and if I was feeling particularly bullish, Raymond Chandler meets Stephen King.

I continue to write short stories as they are my favourite form, and I am excited to have just sold a story to Fablecroft for their “Insert Title Here” anthology. Looking at the lineup it is a huge honour to see my name there. I have a soft spot for Fablecroft, too, they published my first Australian sale. Plus, they are one of the best small presses out there.

I don’t normally like to mention things until I have signed a contract, but they announced all the accepted pitches so it won’t hurt! I am currently working on a story for the Cranky Ladies anthology. It’s a very competitive list so I am not getting my hopes up, but I’d love to be involved with such a worthwhile project.

2. Am I right in saying you currently have fourteen short stories published? Such as Set Your Face Towards the Darkness in Great Southern Land, and Homecoming in ReDeus: Native Lands – if you got the chance, out of all your short stories, if you could turn one into a novel or longer piece, which would you choose?

That’s right, though some have been translated and reprinted. I have to say that I never assumed I would even get one story published, so it is a wonderful feeling to have that many out there—though hopefully there will be many more!

If I went by the number of comments to that effect, I would have to say “Cold comfort” from the anthology, Epilogue. I have had a number of people tell me that they want to know more about the frozen, post apocalyptic world that Vanja travels through, and I have been encouraged to turn it into a novel. There is certainly scope for that, it just comes down to time (like anything). I think leaving people wanting more is the sign of a good story, so it is validating that people have responded that way. And, I was delighted when Clan Destine Press agreed to reprint “Cold Comfort”, hopefully it will continue to attract calls for more of Vanja’s adventures.

I do try and hint at larger worlds in most of my stories, so I’d hope that they all have the seed of a longer work contained within. “Venus Transiens” is set in the same universe as the sci fi novel I am working on, as is a completed but unpublished short story.

3. It seems you have a lot on the horizon! Your blog speaks of a science fiction novel and a YA novel written in collaboration with a US author – the real question here is, can you tell us about any of them?

I am in the enviable position of having had a number of exciting opportunities present themselves this year, the key is to actually put in the hard work and not let them go to waste. I hate to do the whole vague thing, but I don’t like talking too much about things that aren’t definites. But, I have had the opportunity to pitch for some big projects so we will see how much more exciting news I have to share at the next snapshot.

The science fiction is military sci fi, and has some interest from an agent. But, it still needs some work. I am hoping to have that in submittable form by the end of the year. It features a conquered Earth and a galaxy spanning alien Empire.

The collaborative YA novel is…sci fi/espionage I guess. It came about because the author I am working with wanted to set her next novel in Australia and told me she would either email me constant questions about Australia, or we could write it together. How could I say no? Collaboration is an interesting experience, and we are still feeling our way, but I have high hopes for the novel—it’s a lot of fun.

4. What Australian works have you loved recently?

I had the privilege of being a judge for the anthologies and collections category in this year’s Aurealis Awards, and there were some amazing books submitted. It made judging it really hard!

I particularly enjoyed Kirstyn McDermott, Cat Sparks and Jo Anderton’s collections, but they were by no means the only quality works we had a chance to read. If you read our judge’s report I think it would give anyone a wonderful place to start.

I haven’t been reading as much Australian spec fic as I should, though, and that’s something I hope to change. My TBR pile is huge, and most of it is Australian.

5. Have recent changes in the publishing industry influenced the way you work? What do you think you will be publishing/writing/reading in five years from now? 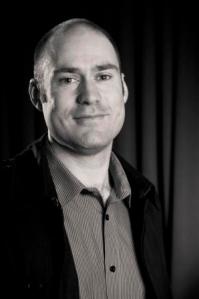 I find that I very rarely buy physical books anymore, which saddens me. I love the physical artefact of a book, and I don’t think they will ever disappear completely, but ebooks are so much more convenient when it comes to travelling and for the simple fact that they take up so much less space. Plus, I generally have more than one book on the go at any time. I find that for reading, I buy ebooks, and I buy most of my paperbacks at launches or other places where I want them signed so they can sit on my shelf because of their significance to me.

In terms of how I work I am not sure how much recent changes have affected me. I started writing when electronic submissions were already more common than snail mail, and I can’t imagine writing by hand! The big thing for me is that there are all of sudden more opportunities for short stories and, especially, novellas and novelettes. Because of the changes in the way books are produced and marketed, I think the risk factor for publishers has lessened.

There also seems to be a rise in the number of small presses producing work that is just as high quality as the major publishers, but perhaps more innovative and daring. This means that trying to follow commercial trends isn’t as important as it once might have been. Good stories will find a home somewhere, even if they don’t fit the normal mould.

The rise of online magazines has, again, increased the number of opportunities. For example, Lightspeed has become a market I aspire to, even though it doesn’t do print at all, and has risen to the top tier very rapidly.

Five years from now? Wow. That seems so far away! I hope that in five years I have a few novels out and that I have a number of professional short story sales under my belt. If I don’t, I will be more than a little disappointed with myself—I will only have myself to blame.

This interview was conducted as part of the 2014 Snapshot of Australian Speculative Fiction. We’ll be blogging interviews from 28 July to 10 August and archiving them at SF Signal. You can read interviews at:

One thought on “2014 Snapshot – David McDonald”